Sitting in a sterile hospital room, the smell of plastic and disinfectant burning my nose, I nodded at the nurse who was reinforcing something I had known for most of my life. Behind her, the white walls were littered with colourful posters; cartoons grinned from them with fake smiles and dead eyes, a sorry attempt to bring life into the dull room. Plastic covered the chairs and the bed like funeral shrouds. I was seventeen, somewhere between a child and adult and I was being lectured on all the ways my chronic illness made me different as I prepared for my transition to the adult endocrinology clinic.

In 2004, my mum had stood in another part of the same hospital and watched from a distance as the doctors tried to bring me back from the brink of death. I was six months shy of turning six, small for my age with unruly blonde hair that stuck up in the back. For weeks I’d been sick, my body wrecked by flu-like symptoms. I was weak, I cried a lot and often I’d wet the bed. I didn’t eat much but I drank twice my bodyweight in liquids and slowly my body turned into a skeleton, one that was drowning in my school uniform on the days I was well enough to make it to Kindergarten. I couldn’t voice what was wrong, I didn’t know how. As an incredibly anxious and shy young child the ability to express myself clearly was beyond me. My mum grew suspicious, and finally she strapped me into the old white car she owned and drove me to the doctor.

I remember the doctor leaning forward to smell my breath, his funny brown mustache twitching.

He paused a moment, brown eyes furrowing before he turned to her. His voice was calm when he spoke but there was power behind it.

“Take her to the hospital, now.  Tell them she has diabetes. I’ll call ahead as well so they know to expect you both.”

He briefly turned back to me, his eyes sad, before bundling me back into my coat.

I learnt years later I was hours away from death. If my mum had waited longer, I would have slipped into a coma and my small body would have eventually  failed. She drove to beat the devil and stood back as doctors and nurses rushed in, all wearing white. They tried to be soothing but I was scared, and as they held me down and inserted drips into both of my small arms I screamed, cried and fought while a nurse cooed and pointed at the Disney stickers on the walls, wiping my tears away. From there, everything faded into a watercolour memory.

As the weeks progressed, my mum became a walking wraith. She grew paler, her eyes darker. She didn’t sleep, spending every waking moment with me, or driving home to feed our cat. Everytime she left I begged her to take me with her. She would sit in doctors rooms surrounded by haphazardly piled soft toys that stared at the ceiling, eyes gleaming and empty. Her eyes were the same, glassy and distant, while the doctors taught her how to draw a needle and warned her of the future complications I was likely to face. Mostly they scared her, listing all the things I would never be able to do or experience, the shortened life expectancy, possibly of no children, the fracturing of our lives as we knew it.

“You’ll be lucky if she makes it past her teenage years,” they said.

“You’re a single parent, how will you afford insulin, strips, glucose monitors, insulin pumps or insurance?” they asked.

“She will never amount too much in school, don’t expect much from her.” they warned.

I would be tired all the time, I was likely to suffer vision loss, kidney failure, depression. I would never travel, I would never hold down a “proper” job. If I made it to my fifties it would be nothing short of a miracle. She admitted to me later that every word broke her, but she believed it. Afterall, her daughter had a chronic, almost invisible illness  that impacted the body, and she had no other support apart from the hospital. Why would they be wrong?

While she learnt how to keep me alive, I sat in my hospital room, swapping between playing and learning about the illness that would forever define me. I would sit on the hospital bed, the hard mattress driving into my back and wait for visitors, food or the chance for entertainment. I remember sitting in the bed, eating and watching television while my uncle and mum spoke outside. Muffled through the door I heard him say “This is all your fault.”

I also made a friend, a nine year old named Sarah. We would spend hours talking. When we played together we both felt like normal children, but the moment the doctors walked in, the differences to children our age became apparent.  I  would hide in corners as the doctor advanced with needles, holding them in one white gloved hand, while the other tried to calm me. It was like trying to tame a wild beast and I’d rage around the room, begging them to stop, that it hurt. The first time they shoved a needle into my mum’s hand, she grew pale.

“You have to do it,” they said, showing her where to inject using a teddy bear covered in patches to demonstrate. She quickly learnt how to prevent bruising, even doing finger-pricks on herself so she knew what it felt like.

Once we returned home every day became the same. Our lives were ruled by a clock; I had to have injections at the same time, eat the same food and have the same routine. The spontaneity of childhood was gone. The only chance at freedom was using an insulin pump. Mum researched, asking how to get one at every appointment and each time she was told due to the fact she was a single, unemployed female living in a government house it was unlikely she would ever be able to afford one.

I didn’t know my limitations until I went to back school. The doctors were right about a few things; I was tired all the time, I missed weeks of school when I was sick, I had to work harder to catch up. I was excluded from birthday parties, I was picked on and isolated from other children my age. That fear and anger never went away but most of all, with help from my mum, I had to make life and death decisions everyday. Because of this; my view of the world was different to all the other children I went to school with. In many ways, I was an adult before my time. Teachers would bend down, look into my serious blue eyes and call me ‘mature’. My friends would make fun of me and call me a stick in the mud. The main difference between us was I spent most of my life in hospital waiting rooms.

After thirteen years of surviving, creating scars and making myself bleed so I could live, I was finally being swapped to the adult endocrinology clinic. It was a stepping stone, referred to by the doctors as ‘a way to take more control of my future.’ This clinic was shoved underground, in a corner of the hospital with no natural light, a rabbits warren of twists and turns. There was no colour, nothing to make it comforting, a sterile needle laying on a tray. The nurse continued her lecture, listing all the complications I could be diagnosed with in the future. The cartoons behind her continued to stare with dead eyes, growling messages in bold fonts.

“More than 30 percent of people with diabetes experience depression, anxiety and distress.”

My mum told me when I was first admitted to hospital, a doctor pulled her aside and said my life expectancy had been cut by a quarter, fifteen years lost from the moment I’d received the diagnosis. With each complication, another ten years was taken away from me.  I know now that during my time in the hospital, my mum was grieving for the life I could have had, but I was mad, I was sad and most of all I was lonely. And as she watched, she knew this would only be the beginning. On the horizon, other shadows loomed: physical health issues, mental illness and body image disorders. By the age of seventeen I had fought through depression and social anxiety. I had been bullied, isolated and ostracised by my peers. I had cried over my body countless times, hated the scars that started at the tips of my fingers. I had fought to live and the idea of being able to take more control was enthralling. The moment I walked into the nurses office I realised the truth; the never ending clock that controlled my life wasn’t going to slow down for me when I transitioned into the adult ward, it was only going to move faster. 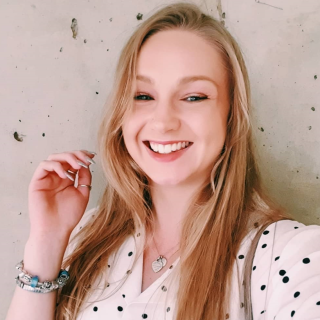 Romantic, captivating and sweet 🤍
pretty in pink 💕
Flowers will always make me happy 💐
Pink vibes always 💕
All you need is 🤍
I dont like the cold, but I do like turtlenecks ❄